With this blog post by a professor I read a while ago, I started contemplating if I should migrate my task management too from a to-do list based one to a calendar based one.

Topsi's project management allows me to have multiple projects and define milestone-based boards in each project. I track progress in personal as well as professional projects using it 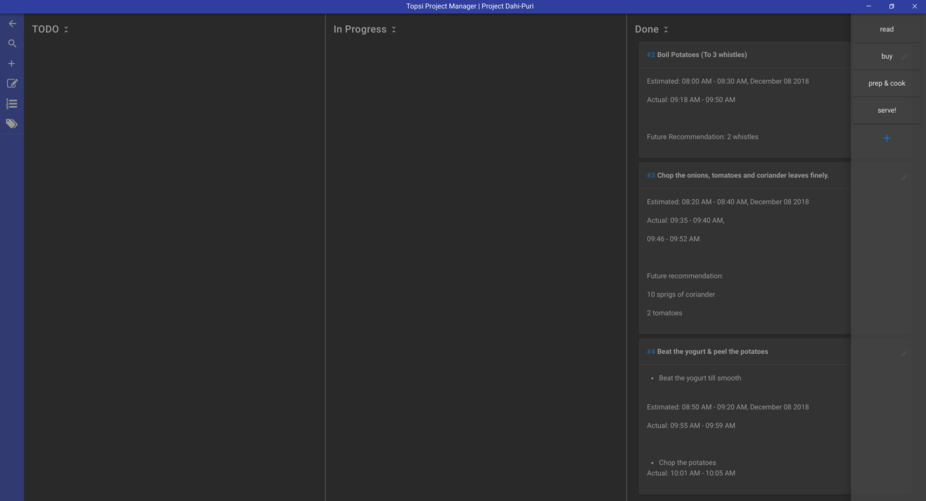 At one of the clients that followed a not-quite-agile model of project management, Topsi boards were very helpful for my Personal Software Process (PSP) in tracking the work items and requests that kept coming in.

As a provider of Kanban boards, Topsi continues to deliver value for my peace of mind. I still have to use Google Keep for the sake of "reminders" on when to start a project. In that way, Google Keep is my "to-do list".

I decided to kick-start my new calendar for task management approach with this nextcloud-calendar project I ran into today. At this time when I am starting to self-host applications that I regularly use and enter personal data into, this project looked promising.

Nextcloud was originally separated from its once parent owncloud with differences in the open-source mission. The project supports self-hosting 100% and shows that it is even current on the privacy matters. Their section on homepage - Compliant by design caught my interest.

in the past, everytime I considered adding a calendar to the Vuejs-based Topsi project manager interface myself, I got stopped by a feeling of re-inventing the wheel i.e. making one more calendar. I collected a few1 tutorials2 which I hoped would help me accomplish my goal though I haven't ever set aside time to do it.

Today I see that over the last few months, many related projects came out into the wild. A quick web search for 'vue js kanban board' does not bring up my favorite Topsi like it used to. A search for 'vue js calendar app' brings up many other projects. I haven't tried any of them but it also led me to think, "what if I start using the nextcloud calendar itself and contribute to it?"

That would keep me as happy as I would be had I worked on my own implementation. That way, the app that I use daily (hereafter) would be "self-hosted", "open-source" and "contains my code contributions". Once I decided to pursue this route, I found out that the app has 'reminders' functionality too which is quite right for requirements. As a result, my dependence on 'Google Keep' for reminders would be ended while I adopt the calendar-based approach over my current to-do list approach!

Once I start adopting the nextcloud ecosystem, I may later consider using a notes app if needed.

Next up: Moving all contacts from 'Google Contacts' into Nextcloud's Contacts app (self-hosted). This primarily uses data from my contacts.csv and later gets its gaps filled from old Google Contacts (which will be completely emptied after this task)

And the story ends with me discovering from the bottom of Github project page that the team behind it is pursuing the next version as a Vue app! 🎉 🎉 🎊 🎈